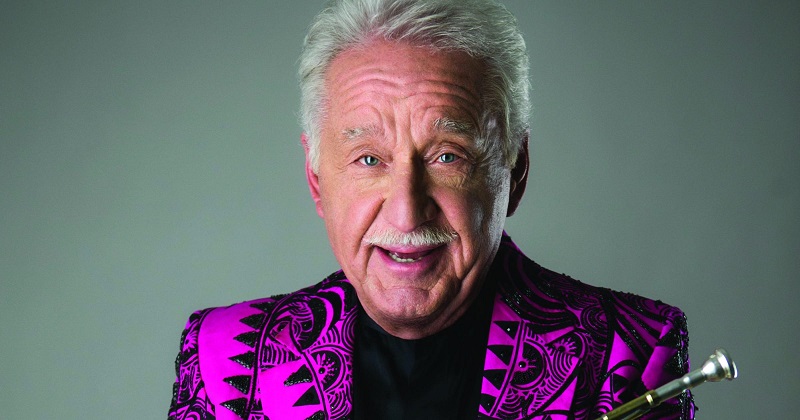 I had some amazing music teachers in my life as a student.

A year ago, while searching for a high school teacher to attend our 50th reunion, I found that my high school band instructor, Mr. Hampton Wines, was still alive at 94.

Online, I concluded he lived at the same address. After telephoning his number repeatedly with no answer, I finally knocked on his door and was delighted to find him there and robust as ever.

We spent two hours reliving the past. He had memories of me that I did not remember, which made me feel special and appreciated, but in further stories, he remembered every student I could name and many I no longer remembered. He knew who was a good musician, who played flat, and those who were late to rehearsals.

For 50 years, I had waited to ask a question. I thought I remembered that the junior high band instructor visited our grade school in an attempt to teach 4th graders to play instruments, such as the heavy brass trumpet I was assigned and was so proud of.

But did I remember correctly that there was another mysterious man who occasionally attended rehearsal (such as it was) and stood at the back listening intently? "Was that you by any chance?" I ventured.

"Of course, it was me, looking for talent to groom." he insisted. "If football coaches can recruit, so can I. I lost many kids to football, but I got most of the good ones."

It must have paid off. Under my relentless questioning, he admitted that in 42 years of annual high school band competitions, his bands always won, and in fact, he admitted to never receiving anything less than a perfect score.

"Is that true? How is that possible," I asked. He answered with a laugh and the old cliché, "How do you get to Carnegie Hall?

Very distinctly, I remember sitting in the rehearsal room, as he taught, picking apart every error and begrudgingly giving compliments for every well-done passage. I can hear it now as he picked me out of the 60-member band, stopped the tune, and said:

It seems Mr. Wines followed the Henry Ford method of "No blame. No shame. Just fix it."

My memory of the band's quality has proof. As a sophomore, the band recorded an entire album when having tape recording technology was rare. Band, stage band, orchestra, and all with guest soloist Doc Severson, then the longstanding band leader for the NBC TV network's Tonight Show. A very big deal.

"How did you get him to come to our little out of the way town?" I asked.

"I made telephone calls until, eventually, I got him on the phone and invited him to come. He came. And he was very impressed with your musician classmates."

In addition to the Beatles and other rock and roll bands we loved in high school, a novelty group called the "Tijuana Brass" had hit after hit on the radio.

To show how naive the world was in my sophomore year of 1967, the name of our school-sanctioned, seven-piece band was "The Marijuana Brass." By my junior year, the principal had caught on and changed it to "The MJB's."

In my Senior year, I dropped out of band to spend full time playing guitar and bass in a rock and roll band that traveled every weekend.

"It hurt me when anyone quit band, such a waste," he said. In 42 years, he must have taught thousands of kids. How could he remember me?

Like so many teachers, his example, his influence have never left me. I haven't played music in a very long time, although I now own all the guitars I could not afford as a kid. Music is central to my soul, to how I think, to what I consider beautiful.

And at age 94, he still gets up early to practice the trumpet for an hour before he plays the piano for an hour and then drives himself to church. He misses his wife, who died a few years ago. His son and daughter are successes in life, as are his grandchildren. But, of course, they are.

On the day of the reunion, Mr. Wines was not feeling well enough to attend, but he did arrange to have the current high school marching band attend in full uniform. Although he has not been the band instructor for many years, his legacy remains. They were fabulous.

The band knew the music precisely, played on key, and performed as they meant it, as expected.

Wisdom from Catherine the Great

For a dozen years Catherine and I worked hand in hand with sometimes demanding clients and difficult people. She was never confused. Never flustered.

She talked with people on the phone from all corners of the U.S. and Canada. When I met those people at conferences they always wanted to know about Catherine instead of me. Who could blame them, she was far more intriguing.

She addressed everyone with their title such as "Mr. Jones." But when they insisted on being called Robert she would agree. But on their next phone call she was back to "Mr. Jones". She believed, "Everyone likes to be respected. It is such a small thing, why not?"

For many years, she had been an assistant to the mayor of a major city at a time when protests, riots and even bombings were common due to opposition to Vietnam and ongoing racial unrest.

Catherine saw herself as the only voice of reason. At our office, she always "dressed up, because you never know when you have to dress someone down." And yet, even that was said quietly, calmly and with a hint of a smile around her eyes.

In client meetings she always wore white gloves because "Everyone should learn how to conduct themselves graciously to be taken seriously." And, "Why not, I love to look lovely in gloves."

Catherine always donned a lovely, well-coiffured wig and had quite a collection to go with her every outfit. Along with gracious manners, she did not mince words. "I tell it like it is, but tell it respectfully" and she demanded the same from others.

"Be friendly with everyone, and soon they will become friends."

"If you can't say something nice, I recommend you learn how."

"Never raise your voice, or they will scream back at you."

"If you don't stand up for something, you will fall for everything."

At home, Catherine was a different person. A 6 foot 2 inch power house who spoke forcefully, sported 2- foot long dreadlocks (although we never actually saw them), loved dashiki's and performing her poetry. She had a laugh that could shake buildings.

She often wrote well into the night, but was never late for her 9am start time. She never missed a day of work, because "I can count on people, if they can count on me."

Catherine said there are always three sides to every issue, not just two. We talked often about religion, politics and racism. For example, there are not just racists and non-racists, but a third person she tried to be.

"Racism among all Americans is the more overt part of "me-ism," she explained. "Everyone starts with 'me first', my children second, my family third, my friends fourth and, then, maybe everyone else. You can't wipe out racism until everyone of us admits that."

That led to her absolute conviction that "We are all prejudiced. Not just whites, but yellows and reds and blacks." She concluded that racism could be eliminated if every one of us does it personally and the place to start is in our own hearts.

Sadly, we lost Catherine with a late night phone call saying she had died unexpectedly at the age of 52. We were stunned. My son had adored her. My wife had been charmed. We called her Catherine the Great.

But she left behind this - for years I have accepted the truth of me-ism and that every day I must try to do better than the day before. Maybe someday maybe slowly bigotry will become a thing of memory, if we can all do just that. Try.