If Jimi Hendricks, Prince, and Pavarotti Were Hawaiian 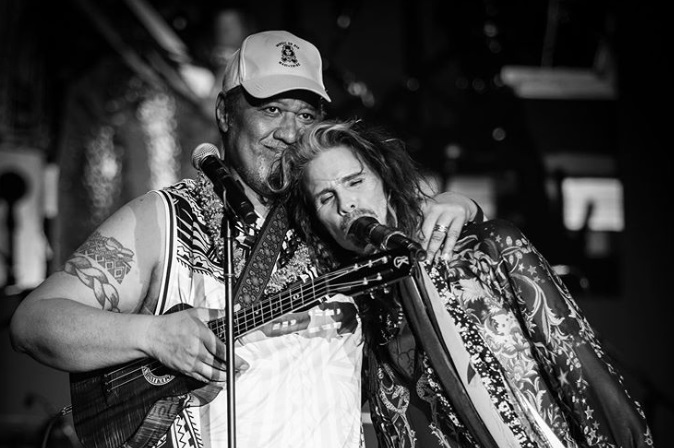 This blog is not about me. But a bit of background might help. I grew up playing all kinds of music from a young age, not necessarily playing well but playing none the less.

It started with a concert level pianist mother and a father with a soaring tenor voice. I picked up a trumpet in fourth grade, met the high school band instructor and play with him for 8 years through high school.

But first there were piano and trumpet lessons and concerts with the concert band, marching band, stage band, pep band, concert orchestra and even our own little school sponsored "Tijuana Brass" imitation band called - unbelievably in 1969- the Marijuana Brass.

A the age of 13 I happened to hear some new English group called the Beatles on the radio of our tiny neighborhood store Perini's. I was hooked and started a band, then another, playing with many great musicians while we all wanted to become famous and play on the Ed Sullivan TV show.

Or at least we wanted to be swooned over by girls in the way they swooned when watching the Beatles. In 1964, at the age of 13, somehow I talked some parent into driving my bandmates and I the 100 miles to attend a Beatles concerts at the Seattle Center Coliseum.

The Beatles played in the round and the stage slowly revolved so everyone could see them. The sound equipment quality was terrible. The girls screamed so loud we could not hear the music. But we could see the magic.

I played guitar and bass in numerous rock bands and made a living at it for some years, a small living. I partnered in a sound studio, a jingle company and an advertising agency. But eventually moved on to being a fan and not a performer. It was a good run.

In the Charles Cross's biography of Seattle's rock band "Heart", Ann and Nancy Wilson revealed they too attended one of the two times the Beatles played in Seattle.

As they walked out of the concert Nancy, the younger sister, asked , "Why are they all the girls screaming?"

To which Ann said, "They all want to marry the Beatles."

Said Nancy, "We don't want to marry the Beatles, we want to be the Beatles?

And the rest is Heart rock and roll history. They became famous. I did not.

As I said, this blog isn't about me, it is only to imply that I know a little about music and I know that I achieved journeyman status at best.. Years later I stumbled upon a musician who proved it.

Hearing Uncle Willie K music on the radio in Hawaii and then seeing him perform left me flabbergasted by his talent. His skill was astounding and his versatility beyond believing. You can love music and respect the musician at the same time.

Better than all of that, he had a kind of charisma I had never seen - sheer confidence and humor. He knew he could take an audience anywhere he wanted them to go. Including his rendition of "We are the world" completed with uncanny imitations of Michael Jackson, Bruce Springsteen and Tina Turner. No body else can do that

Eric Gilliom, a versatile TV actor and Hawaiian music master, formed a "Hawaiian Super group" with Willie called Barefoot Natives. Before one show willie asked him what was the most money he had ever made doing a concert. When Eric said something like $10,000 willie sat down and said, "Let me see your $10,000 show tonight."

willie and Eric' sister the superlative Amy Hanaialii Gilliom became a couple and willie produce four award winning albums of their own brand of Hawaiian and other music. I loved the music before I knew who they were. As did every Hawaiian.

William Awihilima Kahaiali'I - willie K - grew up playing young at the knee of his father the nationally known and admired Manu Kahaiali'i. Willie was just one of 13 children, so his Dad played music 7 days a week to pay the bills, everything from jazz, blues and Hawaiian of course.

Maybe that is why he branched in so many musical directions. He idolized Jimi Hendricks and prince. That lead him to just about every other kind of music. He was famous for Christmas Carols, but also Salsa, Jazz and Reggae.

He was sought out and accompanied Mick Fleetwood of Fleet Mac, his solo chagrined Billy Idol of ZZ top, Prince praised him, Willy Nelson sang duets with him, but so did Alice Cooper. BB king invited him on stage, he sang with the Commodores and he laughed with comedian Jim Cary. Barack Obama played willie K loud during workouts. willie and Steven Tyler became best buddies.

Maybe they loved they guy because they felt a little like me - unworthy.

He was known through out the world for guitar and ukulele skills but 10 years ago at a local Hawaiian concert he baffled the audience when he dismissed the other musicians from stage, stood silent a long while and finally said, very somberly,

"I am very sad. Last week Pavarotti died. I think he and I were brothers. Tonight I will sing Nessum Dorma"

Afterward, 800 people sat silent and then jumped to their feet screaming "Hanna Hou" (encore). It was the start of many appearances with symphony's singing opera music. On a trip to Israel he brought Jewish congregations to tears by mastering the Israeli national nation.

In 2018, willie K announced that he had contracted a very aggressive cancer, but promised to keep performing as he always had, at every opportunity. His Maui Bluest fest continued each year. He took aggressive treatment but in the end he died quietly at his home May 18, 2020 surround by Ohana.

I didn’t know William Awihilima Kahaiali'I personally, and yet everyone who saw him perform knew him personally. The way it is with all great musicians and performers, they leave themselves, their skills, their personalities and souls on stage with all to see.

Upon hearing of willie's passing, Alice Cooper said it best, "Heaven will be in for one hell of a surprise. I can almost hear the thunderous applause."

There are so many links because of the variety. Couldn't stop myself.

WE ARE THE WORLD

Every now and then you get to revisit the past and mine included music. Although that life is far behind, I hope the lessens I learned are not forgotten. And there is a long play music album that proves it. Read more Leave comments

Be Nice Or They Will Spit In Your Food 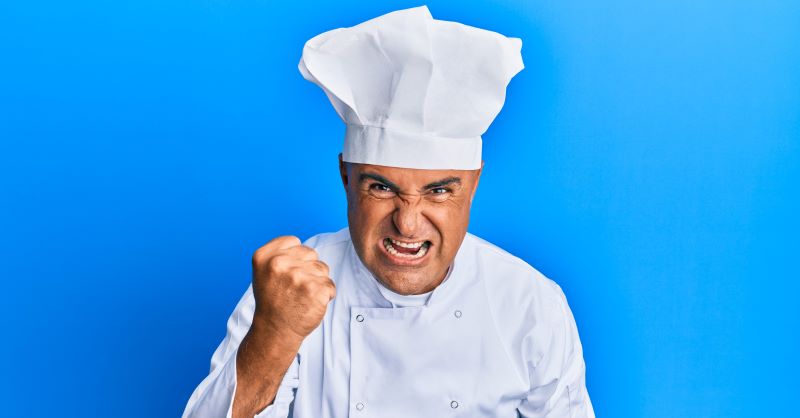 It is too easy to believe that the world has changed, that it has become less predictable and that human beings have become less considerate, more harsh, more uncaring. Although I surely hope that is not true, remembering a warning from long ago, tells me things don't really change.

He was a friend, we played in a band together. He was the guitar player, the singer, and he was brilliant. I don't mean run-of-the-mill smart, but intelligent in a happy, smiling way that just says, "I know what I know." And more importantly, that he believed it. So we did, too.

The drummer in the band had gone to school with him since kindergarten. Both were 4.0 students in college. When queried the drummer said, "Yes, we are both straight A students, but I am fully aware that he has never gotten anything other than a perfect score."

Math and science, of course. 4.0. English and Chemistry A+. But also band, gym, student newspaper, and everything else. And of course, he was an Eagle Scout.

We actually made good money in the band, but the guitar player went off most summers to unknown small towns, where he was given a bicycle to ride around town selling encyclopedias. The sales pitch he learned bled over into his personality as truly a compassionate, truly caring and casual approach. His language was always friendly and non-threatening.

As we ate dinner in a local café, another band member mentioned their hamburger tasted like leather and he had decided to send it back to the kitchen. The guitarist laughed and said, "That's OK to send it back, but never be an ass about it."

Karl had also made money by working as fry cook in a local diner. He said, "You do know that if a customer is rude, the cooks will spit in the food before they return it back."

I laughed and said, "No, don't tell me that. Tell me it's not true." The guitar player smiled that smile that we'd come to recognize when he is absolutely sure he knows the facts and we don't.

"Because cooks, dishwashers and wait staff aren't paid much, and certainly not enough to put up with bad people."

"But they could lose their jobs."

"Doesn’t matter, you can only push people so hard, before they fight back"

This conversation happened many years ago, Over years of dealing with customers, clients and people certainly more powerful than cooks, some have caused me to think of the guitarist.

People who get paid highly, such as maybe your doctor, dentist, accountant or lawyer, might listen and not react to bad manners. Your family may ignore your behavior. Your neighbors can avoid you.

But when dealing with everyone else, especially those who serve us all in restaurants, hotels, and even governmental offices, remember this. Be nice, or they will (in some way) spit in your food. And they'll laugh, because you'll never know.

Although he has continued to play music for years, the guitarist became a big success in his chosen profession, built wealth, raised a family and - I can imagine - he was loved by his customers, staff and partners.

I regret that we have not kept in close contact over the years, but I don’t have to imagine this, because I am absolutely sure. He has remained a pleasant, considerate person. He was far too smart to act in any other way.