It Took Him 30 Years to Become a Professor

Just out of College I got a job at KJR Radio (Also known as the mother giant radio station), my dream job. But there was another story also. It was 49 years ago. Maybe I blocked it out.

"Kraft Smith" was the biggest advertising agency in Seattle, very prestigious and our famous professor - Ed Bannister - loved advertising agencies because he had run a very large one in New York where he became rich.

He left that behind at age48 because he had always wanted to be a professor. He quit, got an MA from UCLA, but the only place that would hire him was this funky school in the wilderness - Washington State University.

In Pullman he lived in the "House that advertising built". In today's world it would be over 2 million and, if he liked a student, they got to have dinner at his house. I did.

He was a linear thinker. Connect the dots push push push and maybe you'll get what you want. But going for the Gold is the fun part.

P.S. One of his passions was that he was an official at several Olympic games- line judge, time keeper, something like that. He told the stories repeatedly. He also wrote limericks about his cat.

Within a few years. half of all students were majoring in Advertising (compared to the old guard of broadcasting, journalism and public relations). He smirked when he said, "the full professors are unhappy with my success, so screw em. ha ha ha."

He played to the hilt, with tweed coasts, leather elbows and carried a pipe he seldom smoked. His shoes were always shined. and he had the coolest winter overcoats. (Well, he had lived in New York!).

One day in class, Ed announced that the sales manager at KJR radio, the top top 40 rock station, would be coming to Pullman to interview a few candidates. The KJR guy named 3 guys but did not pick me.

As a rock and roll player and life-long listener I was in a funk.

So I wrote him a letter saying, "If you are going to drive all the way over to WSU, you might as well interview the best student"

While waiting for a response, I got a few other job nibbles, one from a giant advertising Agency. So I drove to Seattle and interviewed with "Hugh Smith" a very old guy with none of Ed Bannister's glamour.

He was in a giant corner office that reeked money. I remember him as sanctimonious, had stupid questions and finally said, "Well young man, I am not going to offer you a job because I think you will never make it in the advertising agency business."

With an ad agency job at the top of my wish list I was devastated, but I was also peeved. When I told Ed. He said, "Screw 'em .Keep going. Eventually you will get what you want."

When I asked "When" he said, 'Doesn't matter, took me 30 years but here I am. Screw the doubters."

Later KJR called and I was thrilled to go to work in Radio where I was exposed to fast moving, hard drinking, get it done, push push push people. Everyone of them were far more fascinating than Hugh Smith ever hoped to be.

18 months later I quit KJR and opened my own agency. I never did steal away any of the big Kraft Smith clients, but I did get a few who had interviewed them and picked me.

P.S. After I started the agency he was very proud and said, "You were one of my best students." So I asked, "So why did you give me B''s sometimes when I thought my work was better than the others."

"Because you were lazy and my way of motivating was to kick your ass." It worked. 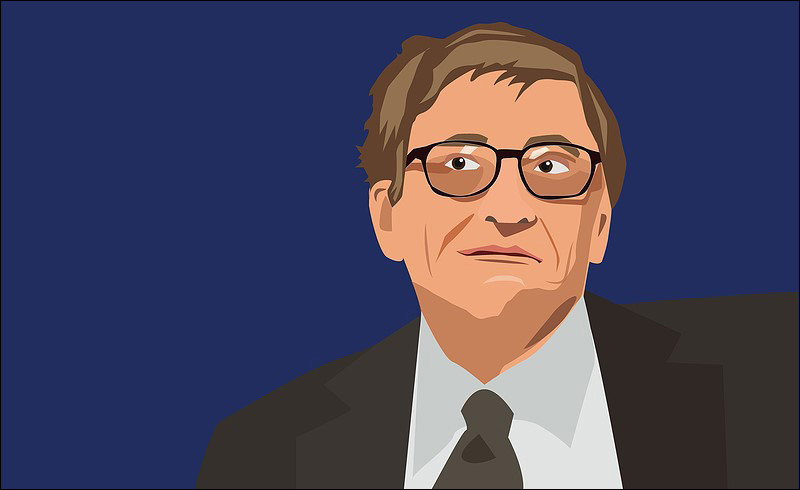 I am sure we can blame the current situation on Microsoft founder, Bill Gates. And, no, I don't mean his recent personal situation. Ahem.

The blame is for making the world far too complex, none of which could have happened without the invention of computers, in general, and personal computers, in particular. Before that people had to write things by hand or punch ideas on slow, archaic typewriters. People, being lazy, kept things short.

But we humans have always been happy to enslave our neighbors in one way or another. Now we do it by haranguing others with ideas for how things should work and how everyone else should live their lives. And we do it with veeeeeeeeeeery long documents, all the better to hide our true goals.

And get their humans to whine and snivel and beg for more meetings and hearings, so they can spout their bigoted ideas in hopes that throwing something (anything) on the wall will stick.

Officials then turn around and hold never-ending hearings and meetings, that allow the "Not In My Backyard" (NIMBY's) folks to spout off their selfish ideas.

"I don’t want anyone here who doesn’t live like me."
"I want rules for everyone else that don’t apply to me"

Weary officials succumb by writing ever more complex rules, regulations and requirements. That is what is happening to vacation rentals.

Bill Gates at Microsoft, Steve Jobs at Apple and even Vinton Cerf and Bob Kahn, credited with inventing the Internet and its communication protocols we use today, must take the blame.

The Declaration of Independence has 1,320 words. Really good words, too, with ideas that have held up now for 240 years and counting. If they had been able to slice, dice, edit and expand with a handy word processor, surely it would have been hundreds of pages long. But it would not be any more accurate and would be far less understandable.

At 4,543 words, the U.S. Constitution is longer, but still shorter than your average vacation rental ordinance. But maybe 4,543 is too much for officials to remember, which may explain why so many have forgotten about all the rights of Americans codified by that 222 years ago.

In the past few years, cities and counties have been on a rampage to strip away rights from real estate owners. Last summer, commissioners in Pacific County, Washington State, home of ever popular Long Beach, decided to cut vacation rentals and take away jobs in one of the poorest counties in the state.

One owner was recently denied a vacation rental permit because his septic pipes are too low in the ground? It's okay to live there. It's okay to rent the home long-term. But it’s a convenient way for the county to stop vacation rentals, by treating the goose different than the gander. That, my friends, is called "bureaucracy".

Fifteen years ago, Chelan County, Washington, did an extensive review of how vacation rentals operate there. Understanding that rentals had become a preferred lodging option for travelers, and being smart enough to not chop off good jobs with bad politics, commissioners voted unanimously to allow vacation rentals.

Philip K. Howard's book "The Death of Common Sense" explains that the citizenry's ability to adhere to laws is inversely proportional to their length. That means, when you make the law, rule, or regulation too long, nobody knows what the law really is.

And yet, well-meaning and poorly educated officials, after being beaten around the ears by the ever-present NIMBY bigots, still persist in drafting ever more complex regulations. (With the help of their fast and furious personal computers.)

Chelan County just passed a new vacation rental ordinance that has 42 pages and 16,000 ugly bigoted words. A mish-mash of non-linear, disjointed and utterly unworkable dictates. The NIMBYs biggest goal? To convert vacation rentals into "Affordable Housing", which only works by ignoring reality.

The City of Ocean Shores has prohibited vacation rentals in most zones for 25 years. But no second home owners rent their homes as affordable housing. No one. Nada. Zip. Because (duh) doing so would mean no use by the owner.

So to you NIMBY's and Officials, if you want to convert someone's home into affordable housing, to you we say, "You first".

It Is Time for Double Tips

A new vacation rental landlord was appalled to find out that the management firm put "Housekeeper Tip Envelopes" into homes. She presumptuously concluded that the housekeepers were not paid sufficiently.

That reveals she hasn't the slightest idea of how to be in the hospitality industry. Certainly housekeepers appreciate tips, but tips are not really there for the money.

Housekeeping is the kind of work that this privileged snotty rental owner can simply not imagine. Maybe if such owners went out, scrubbed floors, unclogged toilets, and pushed a vacuum until their hands grew callouses, maybe then they would see, or at least begin to feel what it's like to be disrespected.

During the Covid crisis, it has been reported that customers are tipping service personnel, like restaurant servers, delivery drivers, and dry cleaners, far lower than ever before. Of course, some consumers have less money available to leave tips, but for everyone else - shame on you.

People have lost jobs. Some have taken positions at lower wages. Some work part-time when full-time is what they need. That means now is the time to show more respect for service people, not less.

Maybe it was always time to double tip everyone. Tip double! At minimum. Always!

On the way home tonight we stopped for take-out at a drive-through fast food restaurant and tipped $20 on a $25 order. We also handed over giant smiles and a very big THANK YOUS.

The wonderful young clerk said, "Oh, that’s too much." To which we had to say, "Oh no, that’s just right."

But the best part of tipping double is that you will get more out of it than the recipient. Generosity always benefits the giver.

And now it can and should benefit us all double! Maybe next time we should make it triple. How about you?